The Game
Preorder
How to Play
About
How to Play
The Objective
Be the player with the most victory cards by the time another player is eliminated. Each game is played in a successive series of rounds, after which victory cards are exchanged.
The Cards

There are 32 gameplay cards that come in 4 suits, as denoted by their color: 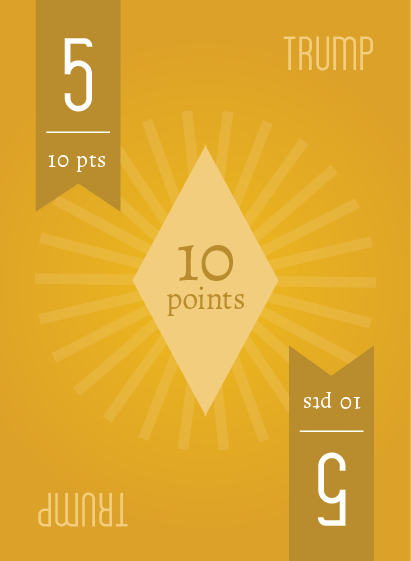 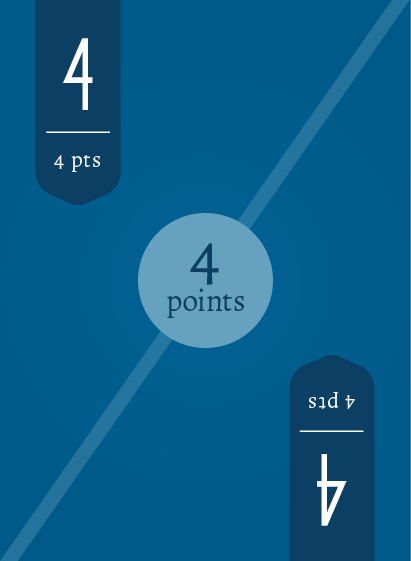 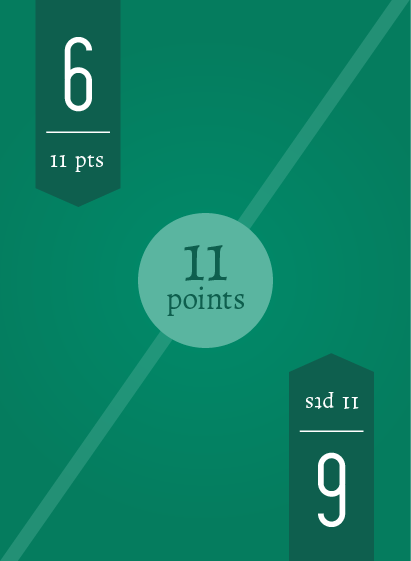 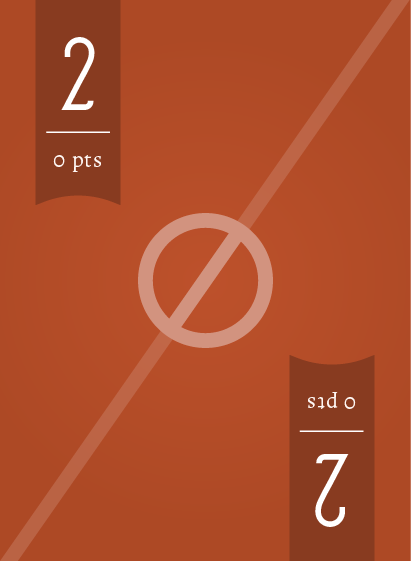 In total, there are:

Each card has its rank in the corner and its given point value marked in the center. Points range from 0 - 11. 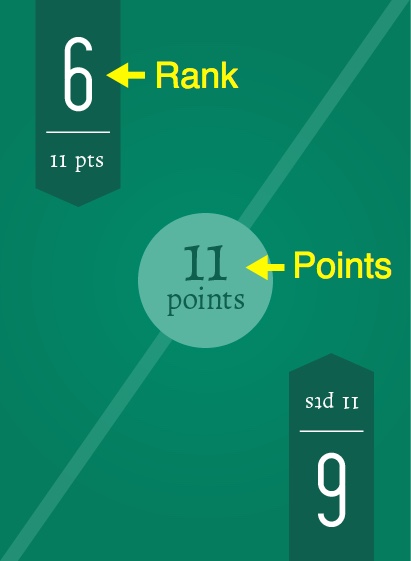 There are also 20 Victory Cards in the deck: 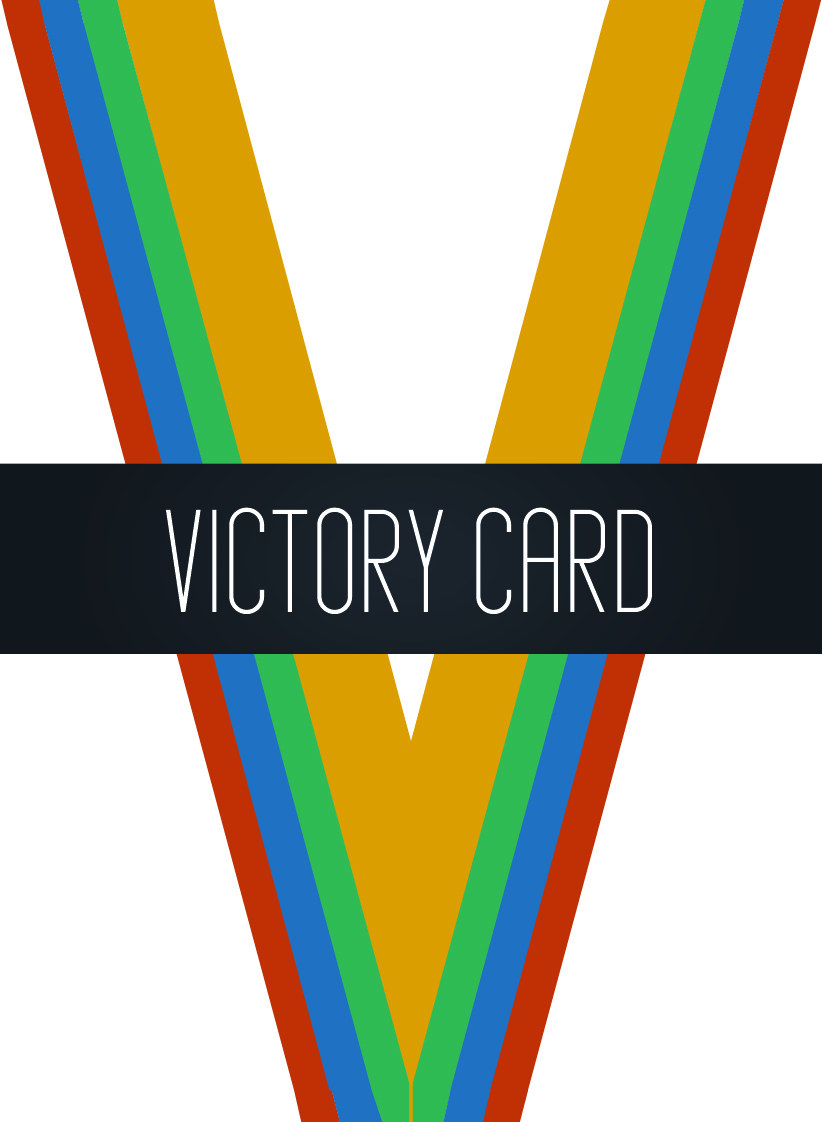 Game Setup
At the start of the game, separate the victory cards from the gameplay cards. Provide each player with 5 Victory Cards.
Dealing The Cards

At the start of a round, deal out all the remaining gameplay cards face down as follows:

First remove the “Green 1” and “Red 1” cards from the deck. Then deal 9 cards to each player and put another 3 cards in a separate pile called the Boon.

Deal 7 cards to each player and put another 4 cards in a separate pile called the Boon.

After each round, the dealer role shifts to the next clockwise player.